The other day, a friend contacted me and asked that we have a prayer of agreement about a situation bothering her, of course I jumped at it. I know the value of a prayer and I totally agree that we should pray concerning everything if possible. That evening we met in church and as the prayers started, she brought up some prayer points that I had to open one eye and look at her and wonder, ‘is this girl being for real right now?’ Then I said, we should pray about everything doesn’t mean we should dump everything in the hands of God and go to sleep, this is where we have a problem.

There is no doubt that Nigerians are a religious people. You can not separate the typical Nigerian man from his religion, it is like a joint by hip situation but remove the religious angle and all you get to see is the laziness beneath. The religion is only a camouflage of the true person that wears the cloak.

Daily we complain about the situation of things, the government, the inflation, the corruption and bribery, tribalism and religious clashes and after the whole complaints, we conclude it with, “it is well, God will take control”. Abeg, which God is taking control?

God didn’t come down from His throne to vote in the persons in power, you did. He didn’t ask you to give the other person a bribe, you did so because you wanted to cut corners. You also take bribes yourself and then you say God is in control, what an irony!

Man has a free will to do whatever he wishes, but he is quick to act as if the free will is lost when he has to stand up for the truth, the earlier we realise that God is waiting for us to take action, the quicker we can collectively resolve the issues chewing us from the inside as a nation.

For once, let’s give God His due and stop accusing Him falsely and stand up to take responsibility of the problems we created, maybe then God will be interested in performing a miracle, but until we put away the laziness in our hearts, let’s leave God out of it. 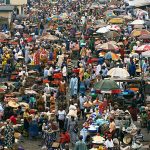 What Has Nigeria Done For Me?

Social Acceptance And Moral Values, Where Do We Draw The Line?